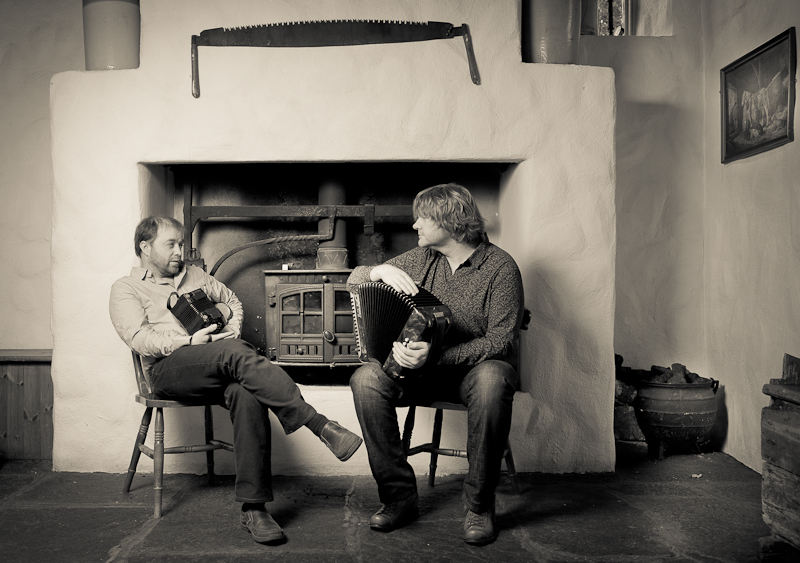 In Retrospect No label ***

Traditional music denuded of personality is a lonesome effigy, a meaningless cipher. The mark of a real musician, whatever his or her leaning, is the ability to bring fresh perspectives to the most timeworn forms, and that’s where Kerry box player and radio presenter Danny O’Mahony shimmies into the spotlight with chutzpah. His playing style is open-hearted, abundant in personality and shot through with a raw-boned honesty that comes from years of swapping tunes in sessions, snugs and summer schools. Cyril O’Donoghue’s bouzouki accompaniment is subtle and seamless, affording O’Mahony the latitude to inhabit his carefully chosen repertoire with freewheeling agility. Amid many inventive tune selections are gemstones borrowed from John Dwyer, Mairéad Ní Mhaonaigh and Vincent Broderick. In Retrospect is dance music for dancer and armchair listener alike. See dannyomahony.com 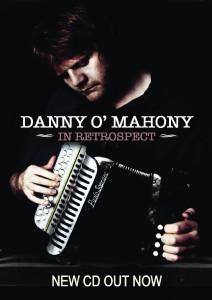 In Retrospect
15 tracks, Self Published
www.dannyomahony.com

Music changes with the times and some lament the passing of the good old days whilst others embrace the ever moving intricacies of culture. The ability to fuse the quality tradition of the past with the innovation of the present has come to light in the form of Kerry box player/tutor/radio presenter Danny O’Mahony with his debut release In Retrospect.
The concept of taking an instrument, that was played in the 1930’s and 40’s and putting it in the hands of the future generation to explore the modernism of musicality is an intriguing one. O’Mahony shows how it’s done by utilising a Iorio 6 voice D/C# that was custom built in the 1930’s in New York for the Listowel born box legend Tom Carmody. Renowned for his performances with the Sligo fiddle virtuoso James Morrison in the 1930’s, Carmody sadly passed away in 1986.
The respect O’Mahony has for the instrument and its owner is prevalent in The Jolly Roving Tar set where the box breathes life enabled by a lovely piano accompaniment from Patsy Broderick and the indefatigably talented percussionist Johnny McDonagh. With Johnny proclaiming ‘Danny, that would be a good start’ in goes O’Mahony on the Iorio with a hearty introduction to the Tom Carty’s jig set. It’s fantastic to listen to the nostalgic yet fresh tones of a box that has withstood being played through generations and O’Mahony fails to disappoint with this. Alternating between a B/C and D/D# Soprani, he sails through well chosen tunes taken from, amongst others, the Tipperary stalwarts Paddy O’Brien and Sean Ryan and the Chicago fiddle maestro Liz Carroll. Ability and range are standouts through these and Cyril O’Donoghue enhances the effect with some magical bouzouki accompaniment. In Retrospect is an instrumental fusion of generational tradition where nostalgic tones are enhanced by the innovative instrumentals of a serious talent.
A debut delight.
Eileen McCabe